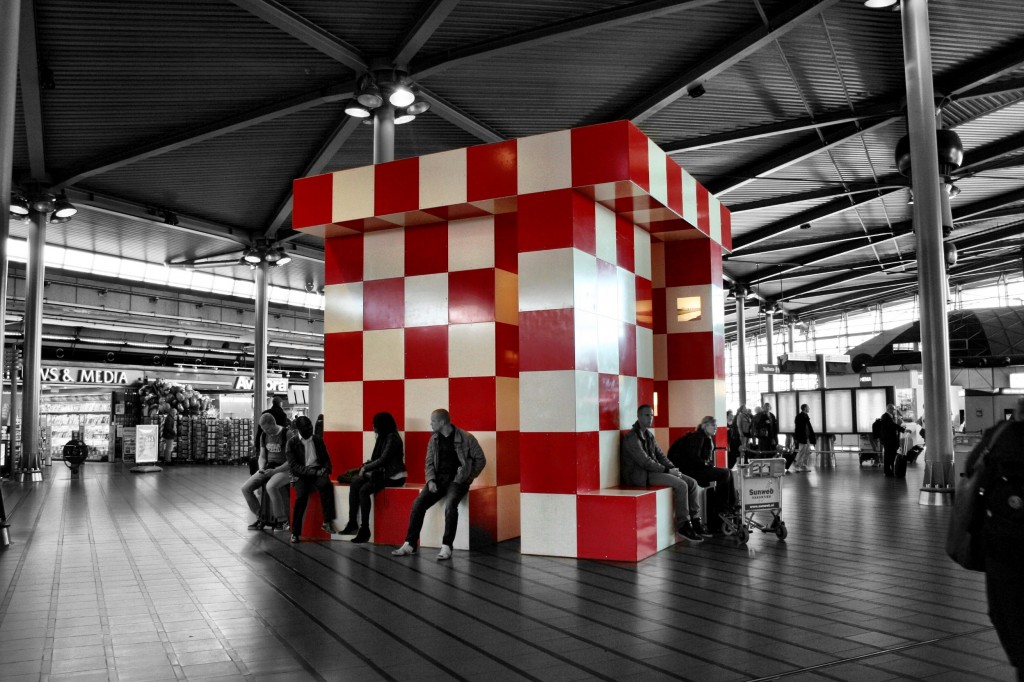 Recently, in my task as floorwalker, I noticed a man — very tall and of advanced years — at the check-in machines. He was standing hunched over and I assumed he wasn’t feeling well. In the few minutes that I watched him, I was able to guess he was travelling alone. Very clearly, no one else was taking care of this lonely looking traveller. I decided to approach him and ask if I could offer help.

‘I lost my wife’
Ignoring my question, the man remained bent over. I touched his arm carefully and, very slowly, he turned to face me. Without a change in his expression he said, “I lost my wife a while ago. I’m alone now and don’t know what to do!” “Oh sir,” I answered. “I’m so sorry for you,” He finally straightened up and we walked together to some seats nearby. He was shaking from head to toe.

Misunderstanding
John, seventy-eight years old, was travelling to Atlanta. He told me that his wife, Barbara, had always arranged everything. She was his eyes and ears. Without her, he was helpless. His voice shaking, he asked how he would get home without his Barbara. In an effort to get this very tall, very old man to his flight on time, I suggested that we go to the assistance counter. The people there help those who cannot manage on their own. After taking just a few steps, a voice came from the crowd, “John! John!” And a sweet, delicate-looking woman came hurrying over to him. The man shouted in a frightened voice, “Barb!” I watched in amazement. This was the Barbara he had spoken of. She had gone to the restroom and had asked John to wait for her. But when she had emerged, he was gone. She had searched the entire hall for her husband. With tears of laughter at this misunderstanding, we said goodbye.

John Lost and Barbara Found are happy together. The End.

CODA, Dennis Adams (1995)
This meeting point is one of the most eye catching artworks at Schiphol. It’s created by Dennis Adams who named it CODA. The red and white blocks refer to the color code of many objects you will find on an airport. Within CODA 28 different photographs of red-and-white airport objects are incorporated: towers, electricity stations and signs. You find CODA at Schiphol Plaza just before passport control.