One of the drawbacks of travelling is that one never fully understands what one is seeing. People visiting Holland, for instance, often wonder why Dutch people bother having curtains at all if they leave them open all night. Is it because they’re proud of their rich interiors and impeccable taste? Or are they simply trying to prove that they have nothing to hide?

Personally, I think I’ve learned more about other countries from books and films than I have from actually visiting them. I realize this may seem strange coming from a travel blogger, but I’d like to demonstrate what I mean with the aid of three photos depicting festivals in different countries. In each case, I’ll first give my fanciful theory about each “messtival” or “colourbration”, before revealing the facts about its origin and purpose. 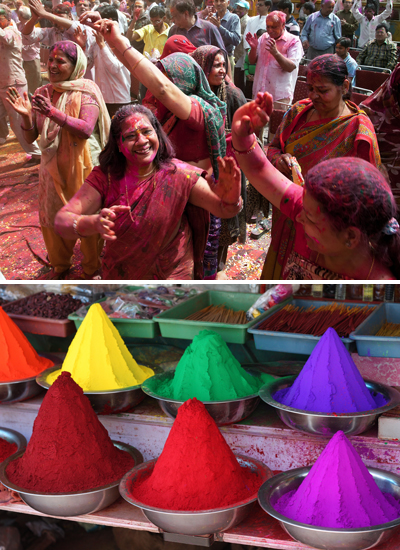 My theory: This probably began with an art teacher who wanted to teach her class the importance of colouring outside the lines. Parents saw how much fun their children were having and decided to join in. The idea spread like a coffee stain on a new white suit, because who wouldn’t want to throw balloons filled with dye at the headmaster?

The facts: This ancient Hindu festival is observed in many countries with large Hindu communities, but it is a national holiday in India (to be held on 17 March this year). The festival celebrates the victory of good over evil, but also marks the end of winter and the arrival of spring. Anyone is fair game in this kaleidoscopic bombardment of love, during which people laugh and play with friends, foes and strangers, forgiving old rivalries by giving each other a right good Jackson-Pollocking. 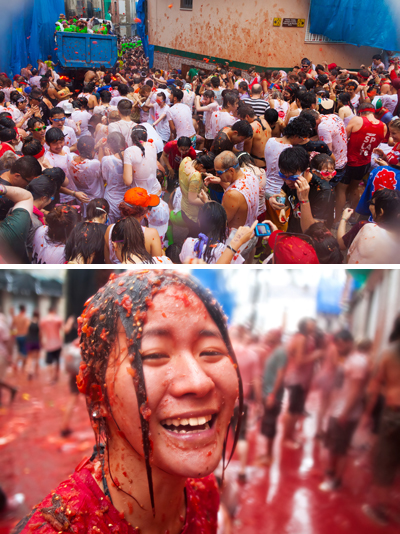 My theory: United in their condemnation of the world’s leading ketchup producer, Spanish tomato farmers dumped their entire crop in the streets of their village and pelted a visiting delegation of executives who had come to negotiate even lower prices.

The facts: Held on the last Wednesday in August (that’s the 27th this year) in the town of Buñol near Valencia, Spain, this festival has been around since 1944 or 1945. Its origin is unclear, with theories ranging from a food fight between friends to anarchy ensuing from a lorry spillage, and even a rotten tomato bombardment for some poor musician. 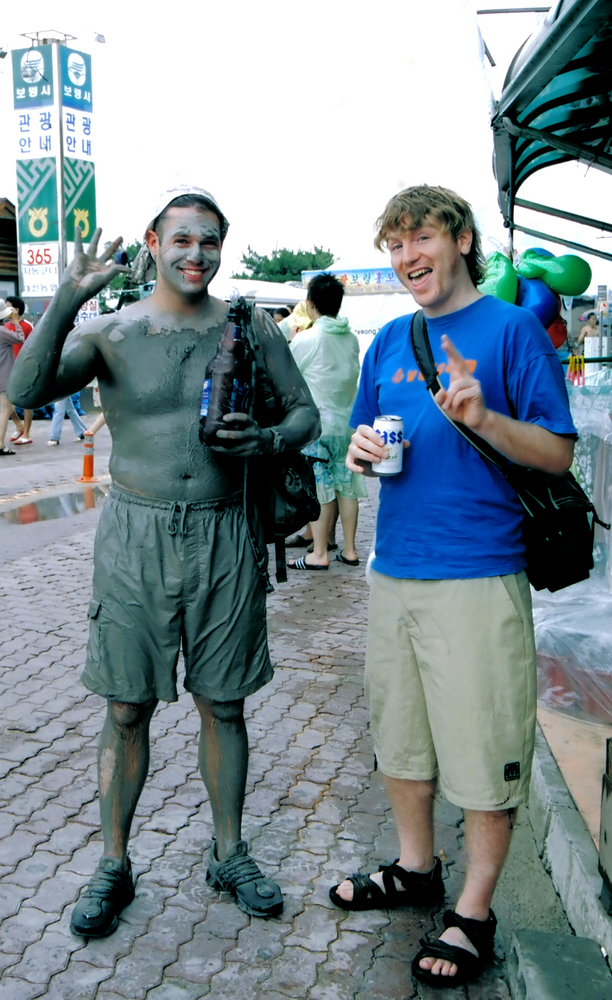 My theory: This festival originated when the King of Korea, passing through a village on horseback, decided to share his wealth with his subjects by throwing a gold coin into a muddy puddle. This prompted a frenzied search among the villagers, who were all dressed in their finest clothes to greet the king. During the muddy melee, a wise man remarked that even ten gold coins wouldn’t be enough to replace the spoilt clothing of the villagers. This is a festival of contrition, an annual reminder of the dangers of greed.

The facts: This festival, to be held from 18–27 July this year, only originated in 1998, but now annually attracts millions of visitors to the mud flats of Boryeong, 200 kilometres south of Seoul, South Korea. According to the official site, “the festival was conceived to promote a range of cosmetics that are produced using mud from the Boryeong flats.”

All of which goes to show that you should always read the guide books before or while visiting countries, if only to decide on which days you should wear your oldest T-shirt and shorts. As a special service to travellers who don’t like getting dirty, please feel free to advise us when your hometown is a no-go zone by dropping a comment below.