Travelling around the world can challenge your health in different ways. In some cases, an adjustment in lifestyle habits or medication can help prevent or alleviate symptoms of illness.  But one of the most effective methods of avoiding falling ill abroad are immunizations, and at KLM Health Services we know everything about them. 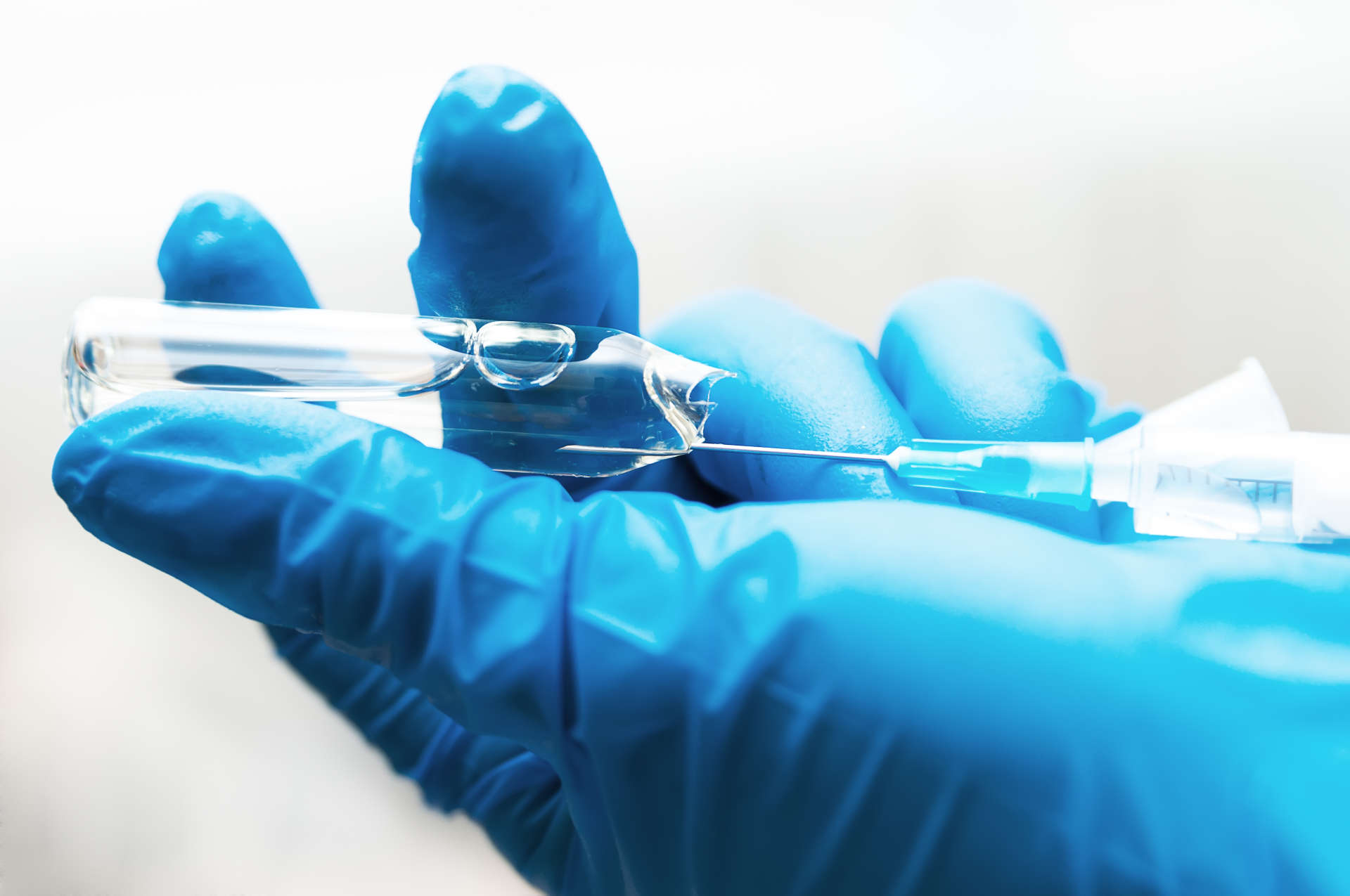 Yellow fever has been around for a long time and probably originated in Africa. It was first officially described in 1744, although outbreaks fitting that description had also been reported in the New World since 1647. It was only in 1881 that it was first suggested that mosquito bites were the disease’s probable transmission method. Yellow fever is a very serious disease and past outbreaks have claimed the lives of many people.

Currently, yellow fever is found in monkeys in Africa and in South-America. Incidental cases or small outbreaks among humans are reported regularly. An estimated 200,000 cases occur every year. The disease is not found In Asia, despite the prevalence of monkeys and mosquitoes predisposed to carrying it. 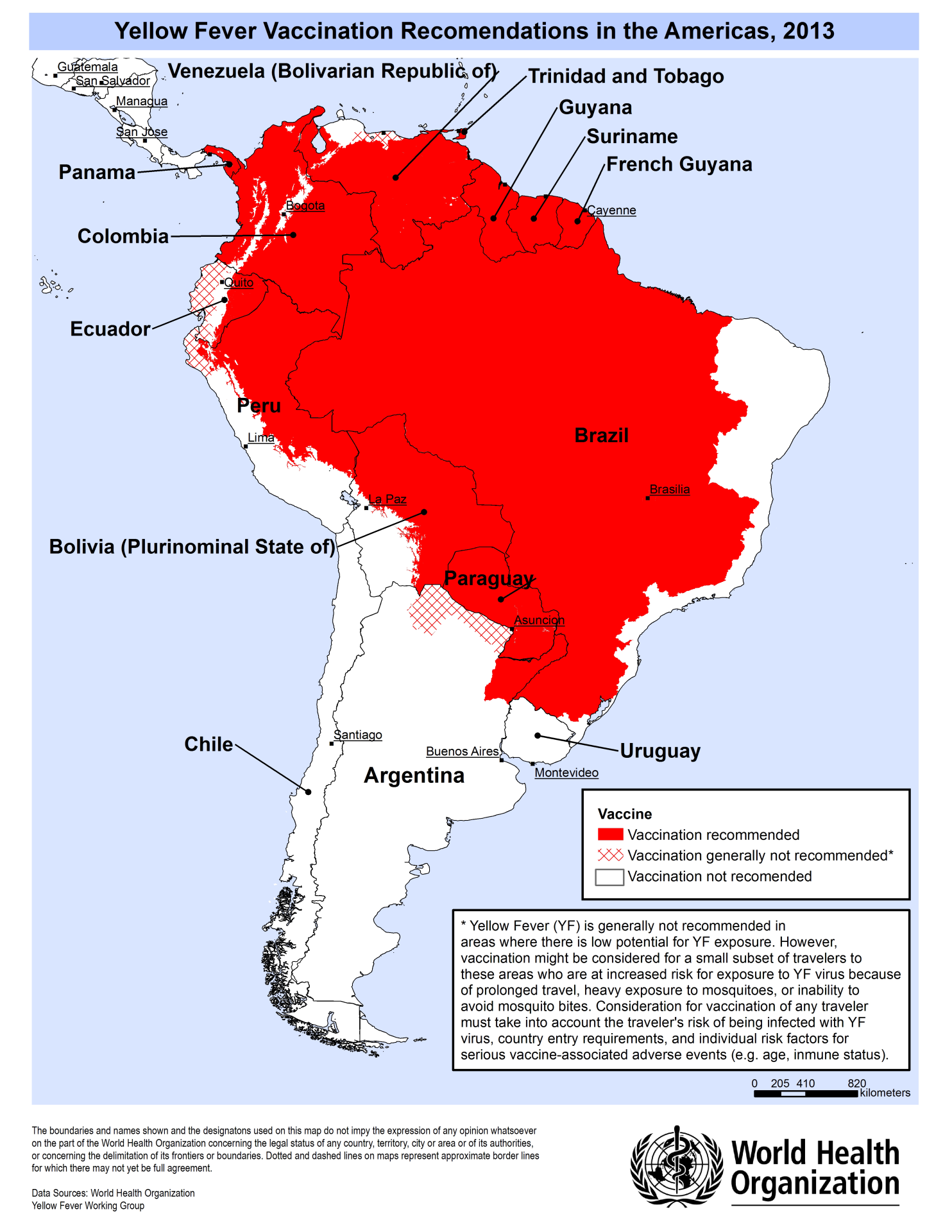 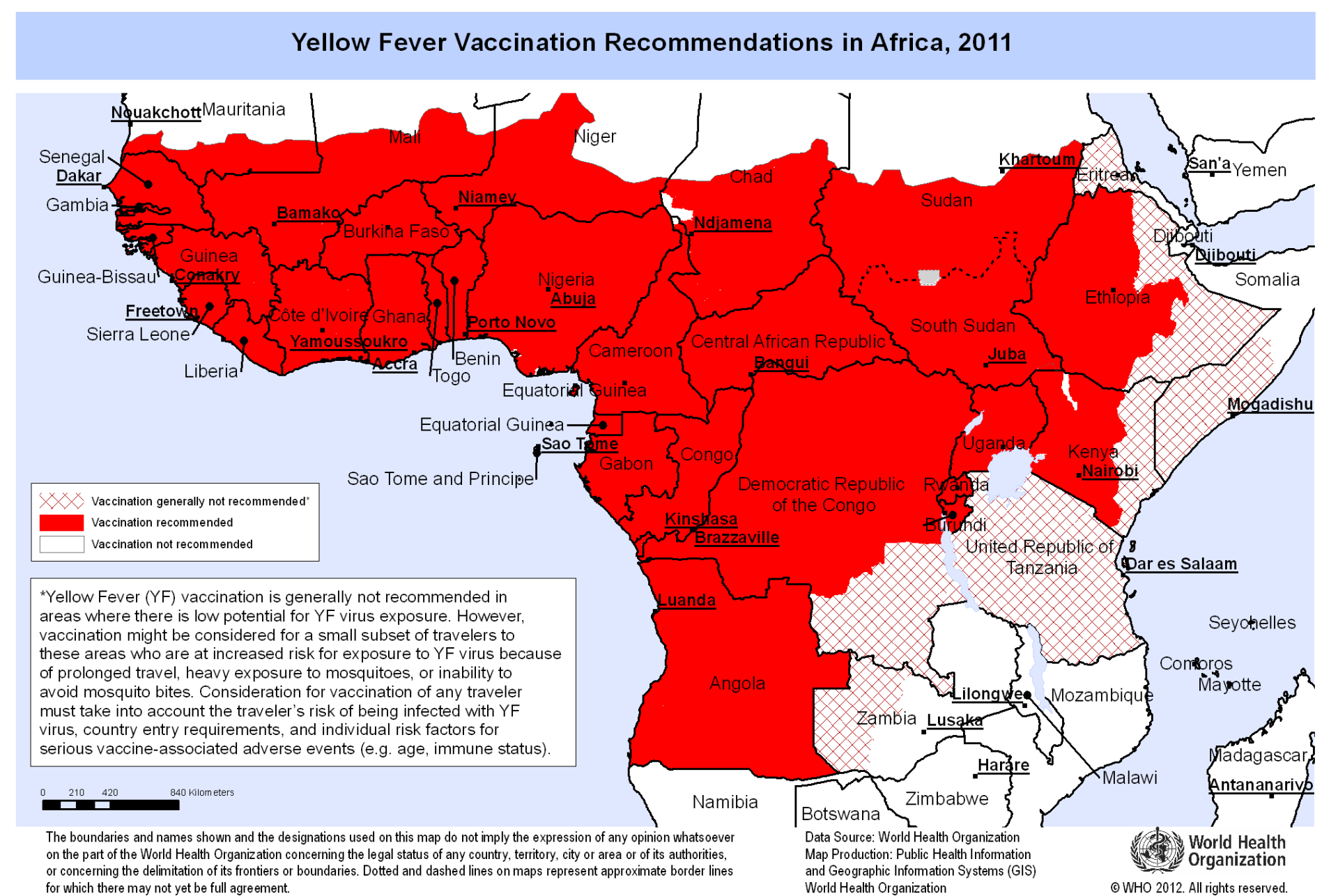 A vaccine against this virus-induced illness was developed in the 1930s. It’s a highly effective vaccine and the oldest one that’s still in use in travel medicine. More than 400 million doses of the vaccine have been administered. It’s a so-called live-attenuated vaccine, which means it uses a weakened virus that cannot cause the disease yet it induces a protective immunity that lasts for at least 10 years.

Rabies (Latin for “madness”) is almost 100 per cent fatal in humans but, fortunately, a very effective vaccine is available. This disease is found in more than 150 countries all over the world, except on Antarctica. The risk of contracting rabies varies strongly and depends on local circumstances and behaviour. Rabies was first documented in 2300 BC, and numerous references to the disease are to be found throughout history. 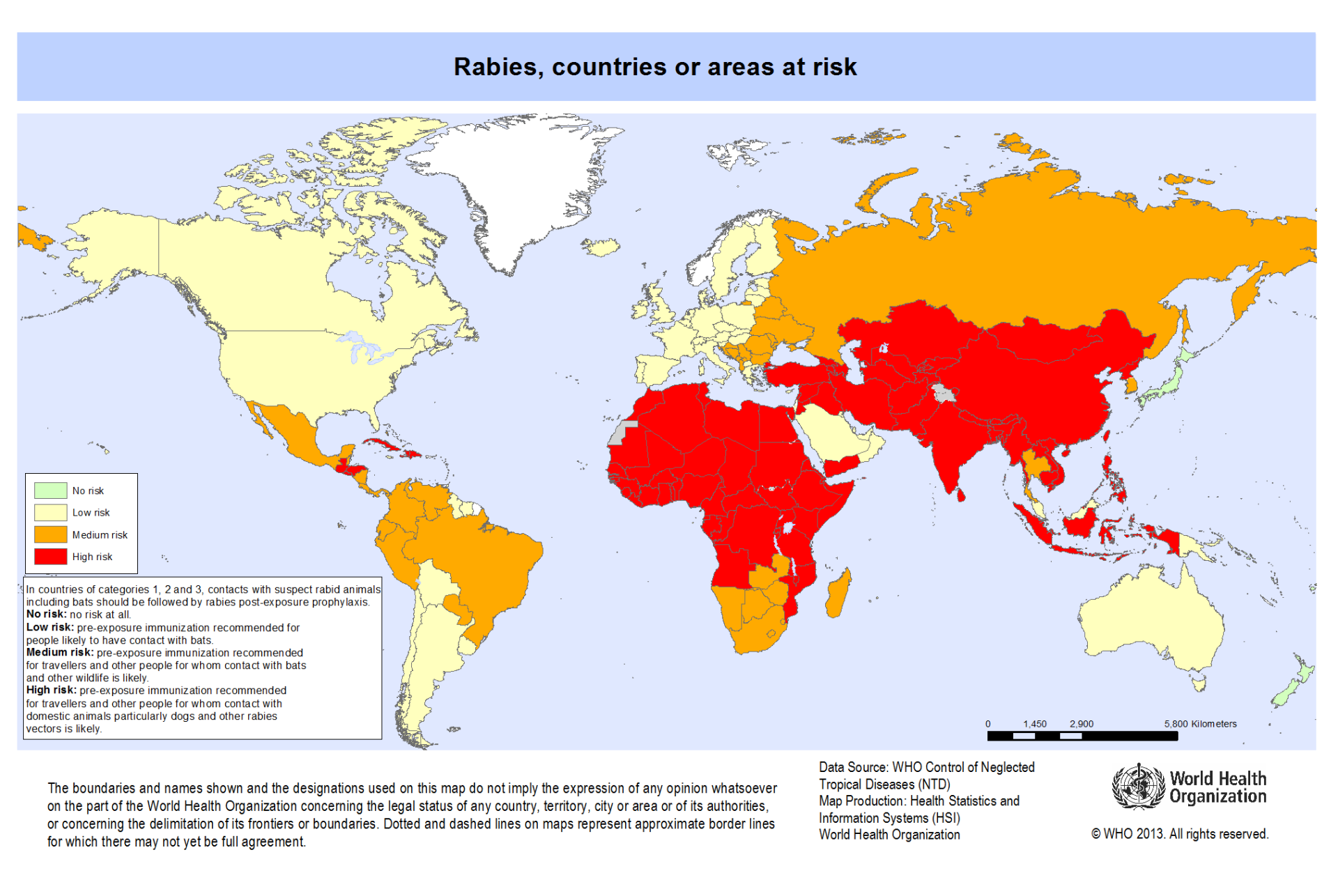 Today, rabies still accounts for up to an estimated 50,000 deaths a year, 95 per cent of which are in Asia and Africa. In these regions the most common cause of human infection is a dog bite. In countries where the risk of being bitten by a stray dog is lower, bats are a significant source of human infection.

The vaccine against rabies was first developed in 1885. Since then, some adjustments have been made to the production process of the vaccine to make it safer. When used in accordance with World Health Organization (WHO) guidelines, the vaccine is almost 100 per cent effective in preventing rabies in someone bitten by a rabies-infected animal.

Because of the lethality of the disease, a very careful risk assessment and strict adherence to the vaccination regime is of the utmost importance. In travel medicine, the rabies vaccine is the only vaccine that must always be administered after exposure to infection, even if the person at risk has been vaccinated before. 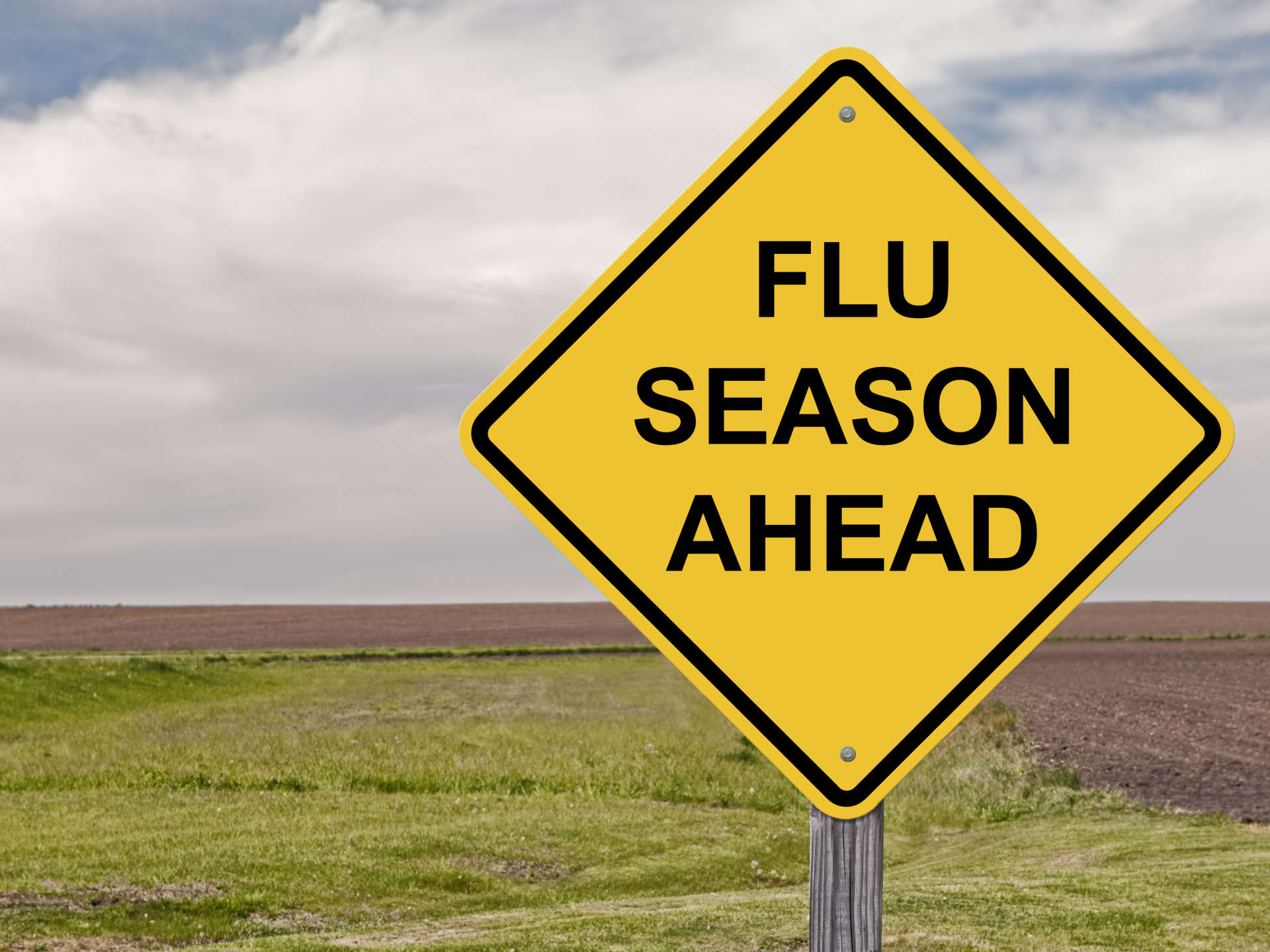 Many different types of influenza exist worldwide. In addition to humans, many animals can also be affected by it and symptoms can range from mild illness to severe disease. Outbreaks of influenza occur during the cold season in both the northern and southern hemispheres and throughout the year in the tropics. The most infamous outbreak was the Spanish flu pandemic of 1918, which claimed the lives of a staggering 50-100 million people.

Influenza recently caused worldwide concern again during a pandemic in 2009. Because of its highly variable nature, the production of influenza vaccine poses some specific challenges. Every year, a team of WHO experts advise vaccine manufacturers which strains should be included in that year’s vaccine. Their predictions are made on the basis of worldwide monitoring and research.

Prepare for your trip

These three vaccines are only some of the ones used in the prevention of travel-related diseases. Each of them are excellent examples of how medicine has made travelling safer.

Travel clinics around the world can advise you on the vaccines you are likely to need for your trip and the advice will depend on your destination and the duration. Personal circumstances, such as medication use, pregnancy and the activities you plan to do, will also influence advice about immunisation.

Finally, if you’ve been so busy planning your trip that you forgot to arrange your immunisations, don’t worry. You can get last-minute travel advice, and the necessary vaccinations, at the Travel Clinic  in Schiphol Airport.