Lima is mentioned no less than three times in the San Pellegrino Top 50 restaurants in the world. Reason enough for me and my good friend, the chef and restaurant owner Jeffrey Schoeman, to embark on a culinary jaunt to this capital.

The Peruvian kitchen is extremely hip and I’ve had ‘cuy’ (guinea pig) on my list of things to try for a long time. Lima, get cooking, we’re on our way!

The best restaurants in Lima

Five weeks before we left, we discovered we were already too late to book the most notable restaurant in town, Central. Number four in the Top 50, dinner at Central was fully booked for the two days we planned to be in Lima. A 17-course lunch, however, was still a possibility. What? I hear you exclaim. (I already began to fear a colossal post-lunch dip.) There was still the option of an 11-course lunch, or a vegetarian alternative. But no, we decided we’d go the whole hog. We booked lunch and didn’t discuss our travel plans for Peru again until we were aboard the plane to Lima. 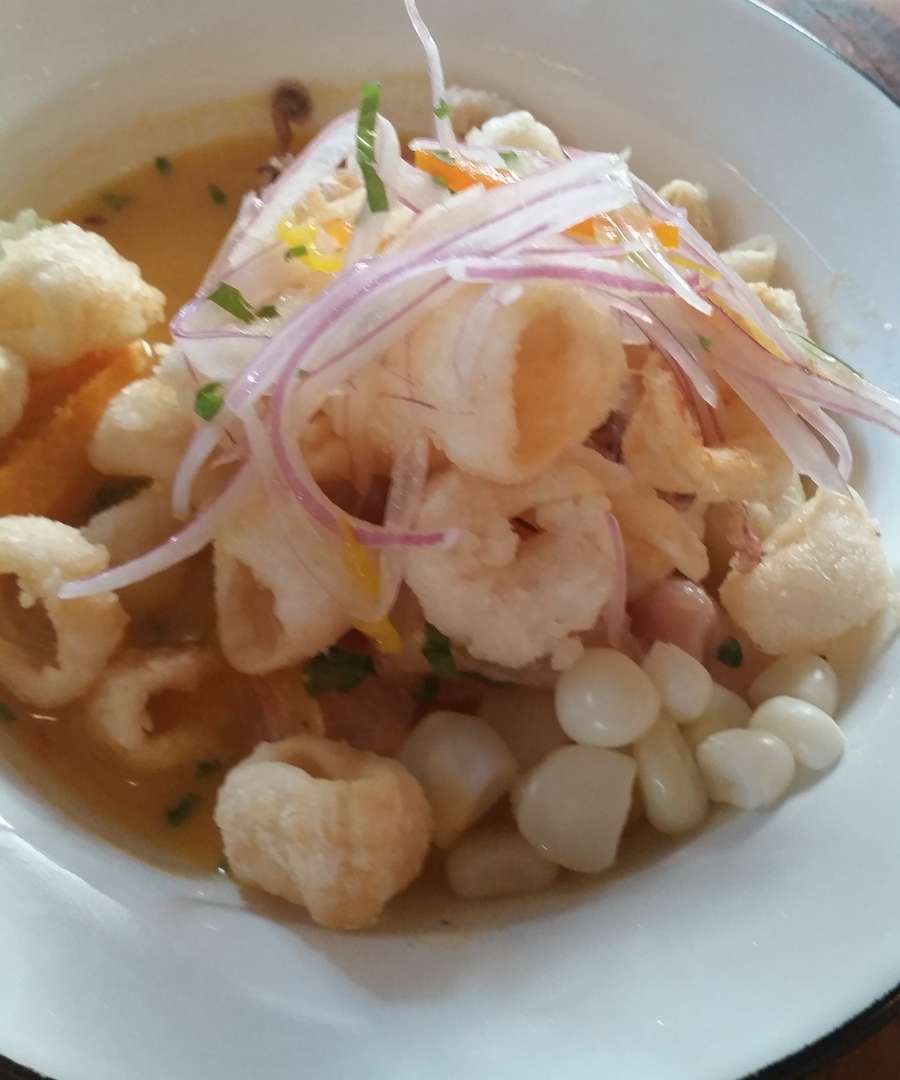 On arrival, we launched into our culinary capers with a locally brewed beer (‘cerveza’ in Spanish) at one of the many bars in the district Miraflores. We might almost have been in a trendy part of Amsterdam, Berlin or New York – but then one full of Peruvian youth. We rounded off the evening with the national drink, a Pisco (brandy) sour, in Ayahuasca Bar. Situated in a stately mansion with wooden shutters and a patio in the Barranco neighbourhood, this bar is a fusion of the hip and the historical.

The chef at Central, Virgilio Martinez, is a true lover of nature. He draws his inspiration and ingredients from the vertical layering of the native ecology, similar to the way the peoples of the Andes did in pre-Hispanic times. The dishes are organised according to the altitude at which the herbs, flowers, fish and meat are found: ocean, lower Andes, mountain summits and jungle. I find this utterly fantastic! 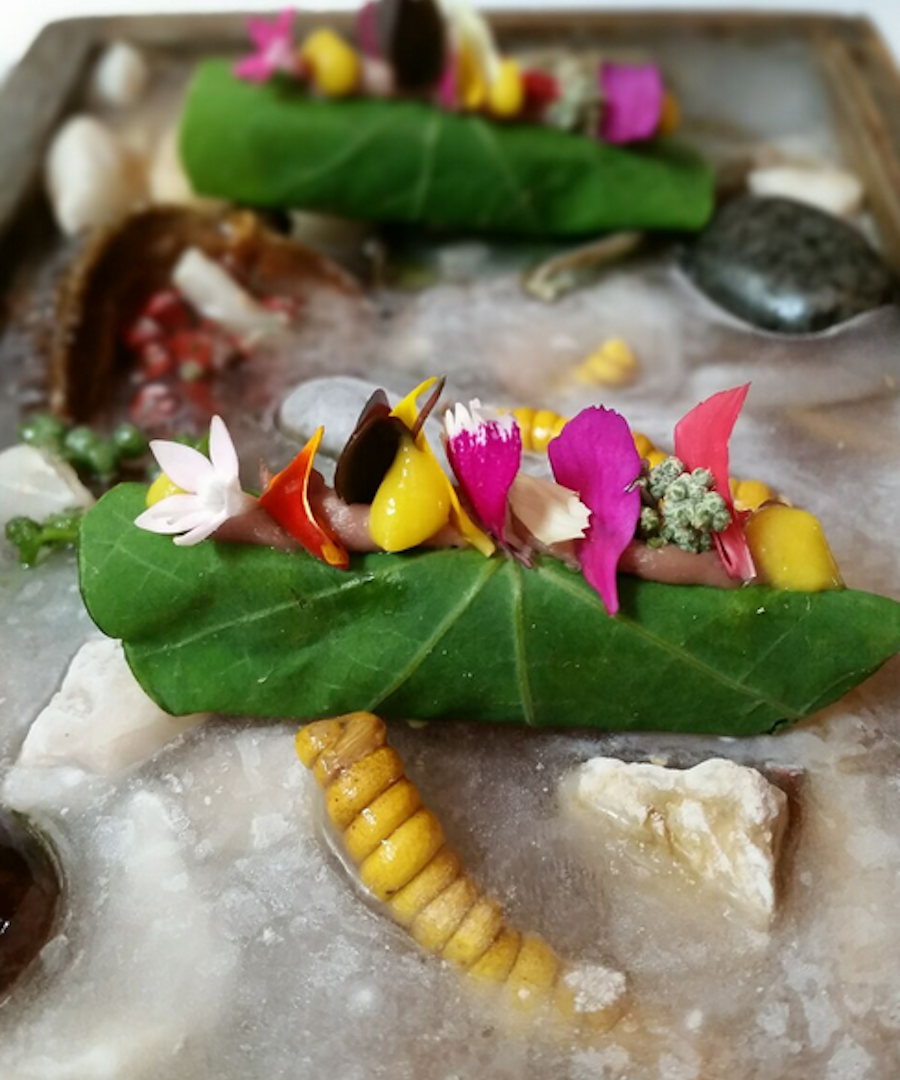 Spiders on a Rock

The menu begins with “Spiders on a Rock”, the chef’s name for a dish of crab and sea snails that are found five metres below sea level. Then we move up to cactus (230 m), rainforest duck (860 m) and then to ‘tunta’ (potato) with annatto from the achiote tree, which grows at 3900 metres. All the dishes are stunningly presented on flat stones, tree bark or other products of nature, which together lend the entire interior an earthy charm. The flavours are delicious and varied, as well as challenging and frequently unfamiliar. It’s therefore not always easy to make comparisons with familiar ingredients.

We are sitting beside the glass door to the kitchen and admiring the precision with which the cooks prepare and present the food. Chef Martinez enters and greets his staff. He sets to work immediately, consults his colleagues, examines his herb cupboard, collects stones from the garden and considers what to do with them. Are we witnessing the conception of a new dish? After three hours of pleasure, we leave the restaurant satiated with huge, contented smiles on our faces. 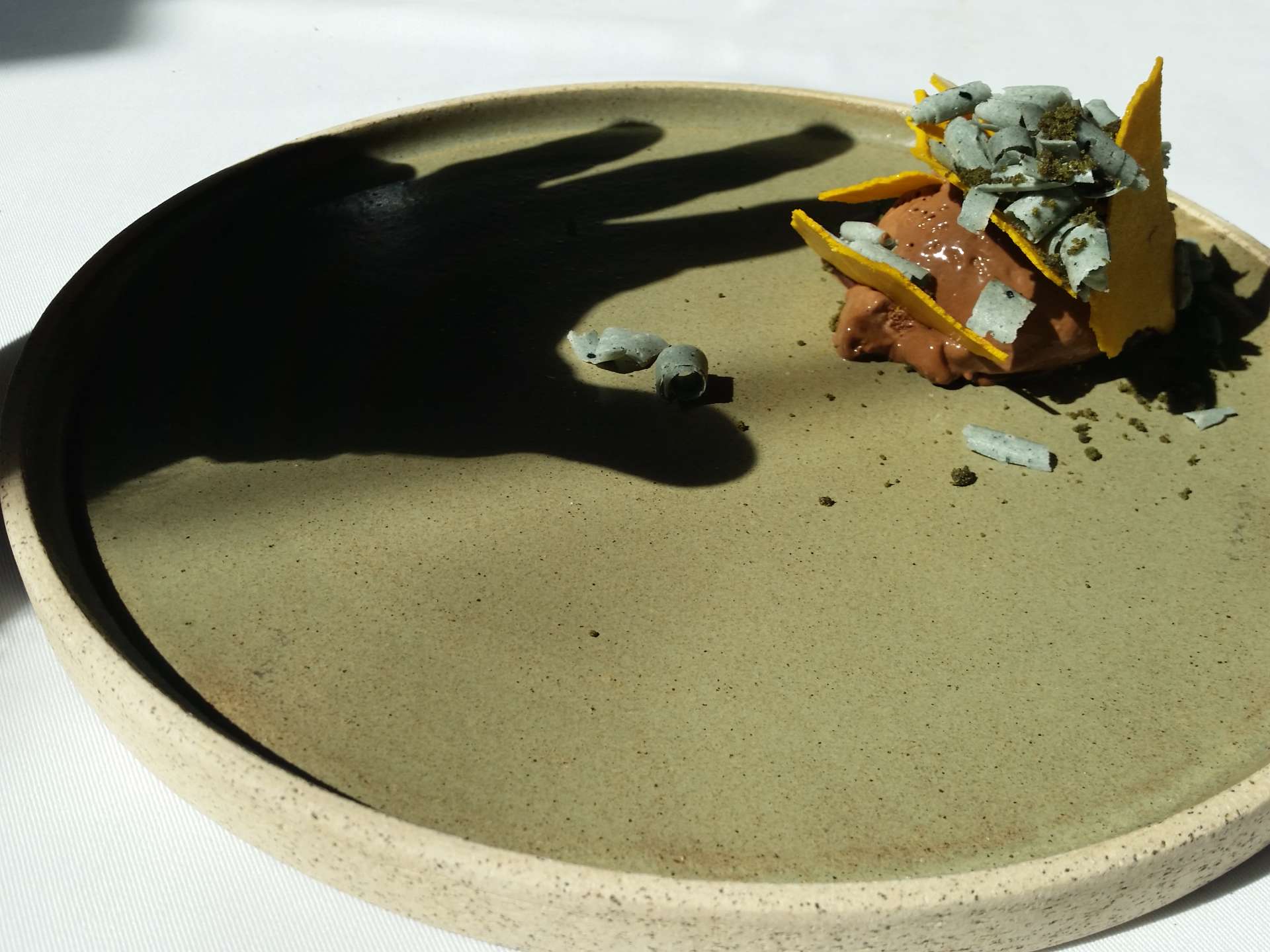 The best ceviche in Lima

The highly recommended restaurant chain Tanta, has skewered cow’s heart, ‘anticuchos’, on the menu. It tastes like steak, but is firmer. It makes a good appetiser. We’re expected at the restaurant El Mercado in half an hour, where we find yet another culinary C on the menu: the world famous seafood dish ceviche. The chef here, Rafael Osterling, is reputed to serve the best in town. We select the Ceviche Mercado, a combination of white fish with crispy baby squid in amarillo tiger’s milk. We allow it to melt on our tongues, piece by piece. The other seven courses in this lunch were also mouth-wateringly tasty, by the way. That’s right, just seven. We were positively abstemious, compared with the day before!

In search of ‘cuy’

The next day we take a stroll through the old city centre with its delightful buildings and squares. In the refectory of the San Francisco monastery there hangs a painting of the Last Supper. The plate in the middle of the table at which the Apostles sit contains a dead guinea pig, the Peruvian dish ‘cuy’. Under the motto “What would Jesus do?”, we decided it would be right to squeeze this C into our schedule.

When we asked hotel staff and taxi drivers which was their favourite restaurant for ‘cuy’, they all smiled. The taxi driver had a picture of Jesus stuck to the ceiling of his cab – we were clearly on the right track. 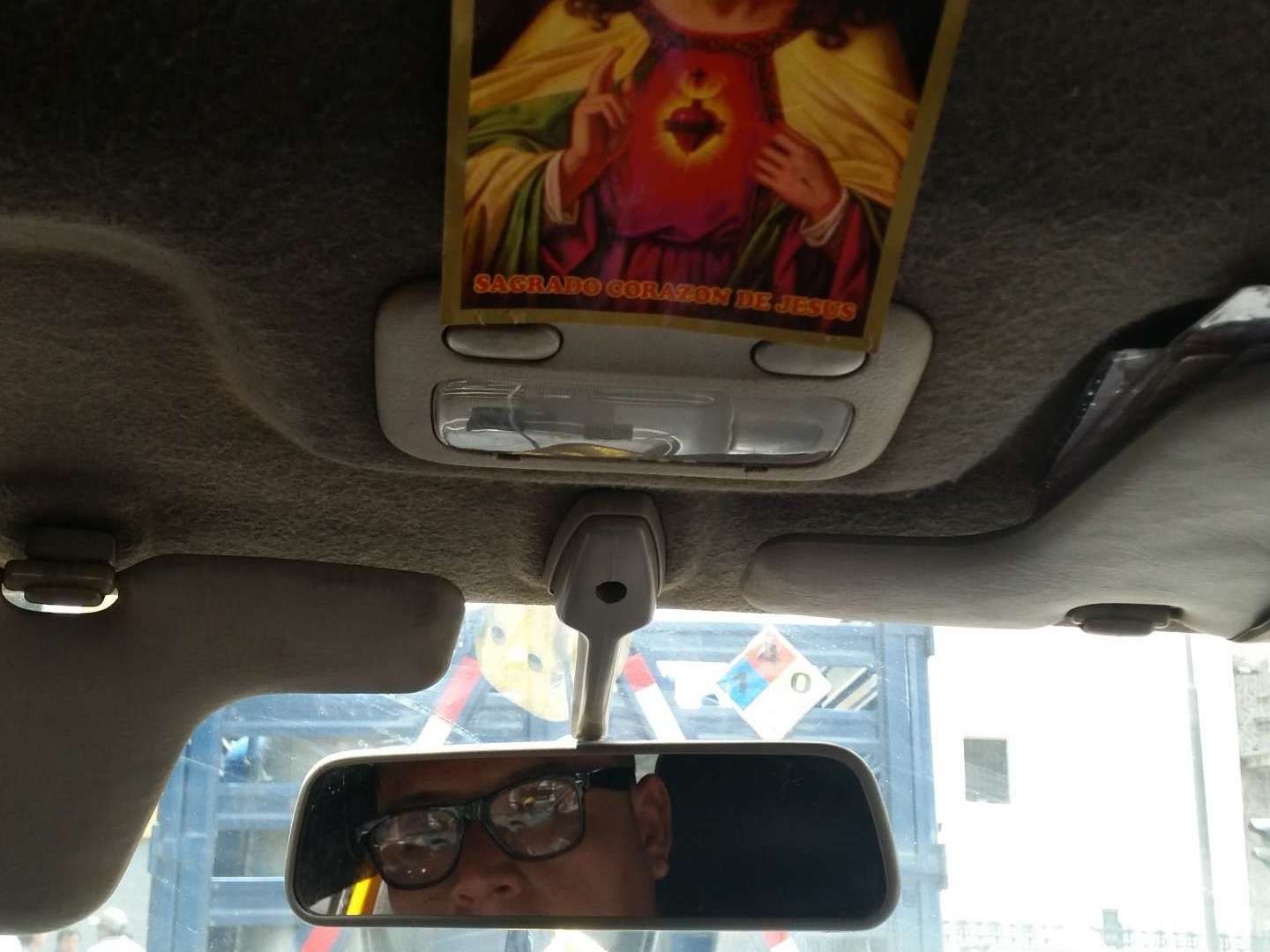 “Of course we have ‘cuy’,” answered the waiter. I point to the grill in the old family restaurant. He nods and goes to the kitchen. A little later we hear a “ping” and everyone looks at each other in surprise. Is that the sound of a microwave? The waiter returns with a plate full of spicy potatoes, vegetables and two pieces of fried meat still on the bone. These are the back legs. We sink our teeth into the meat. It doesn’t taste bad, though I didn’t really have anything to compare it with – I never ate my own guinea pigs. Somewhere between chicken and pork, is the closest we could come, though we haven’t settled on a final opinion. Unfortunately, I couldn’t take a photograph of a whole guinea pig, probably because this restaurant serves a different version and because it was defrosted in the microwave first. Pity, but just another reason to return to Lima one day.

We passed a shop selling confectionary called ‘tejas’ and ‘chocotejas’. We hadn’t had that (vitamin) C yet. These are fruits – figs, for instance – filled with fruit and dulce de leche or chocolate. The fridge proudly displayed a photograph of the world famous Spanish chef, Ferran Adrià, visiting the shop. The culinary circle is closed. We buy a box to take home. After all, you can’t very well take a fried guinea pig back to your friends, can you?