Is it possible to turn 100 and be fitter than ever? It is! It can’t have escaped your notice that KLM joined the Century Club this year. And a year in which we celebrate our centenary can only be one of many highlights. That’s something to be proud of, don’t you think? 😌 So, let’s review our most special, most sensational, or simply the most enjoyable highlights of 2019.

KLM first spread its wings on 7 October 1919 and that means we celebrated our hundredth anniversary this year. That makes us the world’s oldest airline operating under its original name. As usual, we unveiled a new Delftware miniature house on our birthday. As it was the hundredth in our series, we chose an extra special one this year – Huis ten Bosch Palace in The Hague, the home of Dutch King Willem-Alexander, Queen Máxima, and their three daughters. 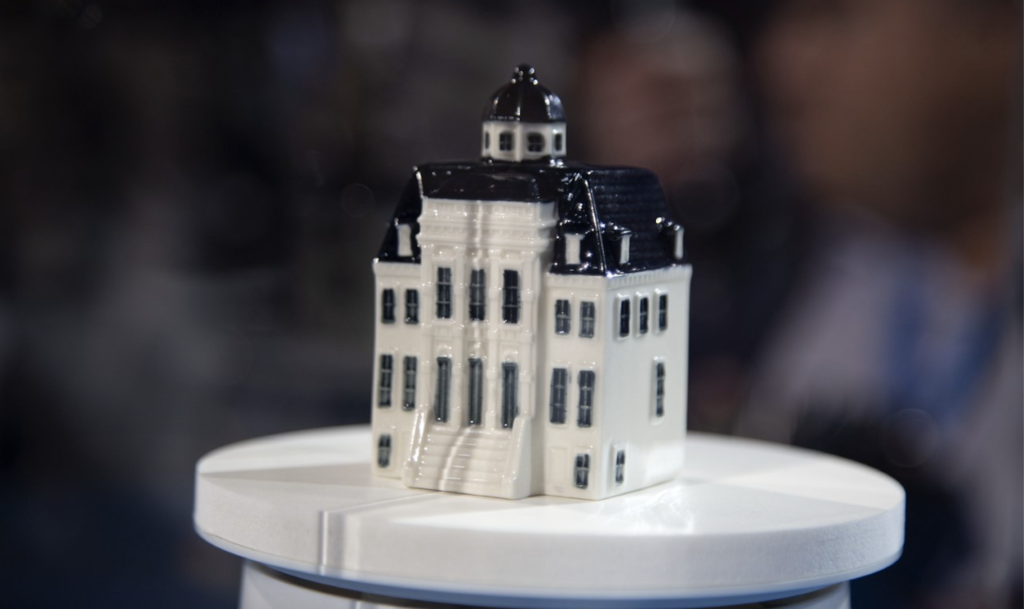 Of course, a hundred years KLM calls for a party. 💯🎉 To celebrate our anniversary, we made this video. It shows us having “miniature” parties in our Delftware houses around the world. After all, over this past century, we have connected the Netherlands to the world and the world to the Netherlands. That’s something we should celebrate together.

A peek inside the entire KLM fleet

See all our planes without taking a single step on board? We made it happen. KLM’s Digital Studio photographed the entire fleet on the inside using a 360-degree camera. 📸 And, in so doing, we created a virtual fleet. That’s extremely handy for the cleaning crews so they can see the inside of the aircraft before starting their work. But it’s also a useful way to train crew members. And don’t forget the passengers and aircraft fans, because now you can also have a look on board and see the places you normally don’t get to see. Can you find all the Easter eggs?

Google Street View..but in our planes 👀

I love it when a dream becomes reality. One of my first projects as a Social Media Content Consultant was to produce a video in collaboration with the Royal Concertgebouw Orchestra, a KLM partner. To promote their tour to the US, an ensemble made up of orchestra members gave a private concert behind a KLM freighter nose door. 🎺 The weather, the people, the teamwork – it all came together. I couldn’t think of a better way to start my career there.

KLM has a diverse group of employees from a wide array of backgrounds. We strive for openness and want to create a culture where every employee feels valued and safe in the workplace. KLM Over The Rainbow is committed to promoting even greater Diversity and Inclusion. On the occasion of Amsterdam Pride 2019, we developed this visual to emphasise the fact that everyone – inside and outside KLM – is equal. And that’s as it should be. Happy Pride! ❤️🧡💛💚💙💜

Welcome to the family, Orange Blossom

On 30 June 2019, a hundred days before our centenary celebration, we welcomed the arrival of our first KLM Boeing 787-10 Dreamliner – dubbed Orange Blossom – with a water salute at Schiphol. The new aircraft emits less carbon dioxide, offers more space on board, and provides more comfort to no fewer than 344 passengers. The 787-10 is one more sign of our work to achieve a more sustainable future for aviation. And an aircraft as beautiful as this deserves an appropriate introduction. It’s showtime! 🎬

Those were Frensch’s classic words to cabin attendant Colette when he greeted the love of his life at the end of her working day. She thought she was being filmed for a promotional film for KLM Cityhopper, but it was nothing like that. Frensch asked us to help him make his marriage proposal on Valentine’s Day. You’ll understand that we had no choice but to say yes. (Spoiler alert!) Love is in the air! 🥰

At KLM, we often speak of the Blue Family, not only because of the close bond between colleagues, but also because of the work that passes from generation to generation within families. That’s certainly the case for dad Joeri and his son Bas. From an early age, Bas dreamed of being a pilot, just like his father. Now, twenty years on, his dream has come true. Last January, Bas flew his first flight, together with his father. 👨‍✈‍👨‍✈‍ Now that’s something special.

Not one but two Interns on a Mission

A double presentation by our interns. Marta and Merle found out what it takes to transport a 33-tonne, 6.5-metre-wide Boeing 777 cabin simulator to our new training facility.✈️ Innovative technology makes cabin and cockpit crew training much more realistic and better suited to our goals. The interns had the chance to experience that for themselves. But can they keep it out of the water?

Haute couture haute in the air

An aisle that doubles as a catwalk and a cabin attendant who becomes a model. On flight KL645 from Amsterdam to New York, passengers high in the sky got to enjoy a historical fashion show of KLM uniforms from 1957 to the present day. Now, that’s what I call taking fashion to the next level. 💁‍♀️👗

Does an airplane actually have a horn? 📢 Hmm, that’s a good one. But who knows the answer? Our pilot Christa knows, and reveals all in this “What The FAQ” video.

Sixty kids experienced something special on 16 November: a sightseeing trip over the Netherlands in a KLM Boeing 737. Organised in cooperation with Stichting Hoogvliegers (High-Flyers Foundation), this flight was an outing for children who are chronically ill or disabled, many of whom had never seen the inside of a plane, let alone flown in one. And what made it all the more special was that 9-year-old Fay captured the whole trip on camera, as a junior KLM vlogger.

Ha, and another bonus!

In case you didn’t know by now (if that’s even possible), KLM is a hundred years old. We’ve made a film that tells the story of three KLM generations from the same family. The first two women, mother and daughter, felt the inspiration to fly and both became stewardesses. The granddaughter also wanted to work on an aircraft, but imagined a different career path. She has become a pilot on KLM’s newest aircraft, the Boeing 787-10 Dreamliner. It’s a beautiful and emotional story from past to present.

Well, it was quite a year. Let’s hope that we create content in 2020 that is just as special, eye-catching, or simply fun. Happy new year! ✨

“Dear KLM, my girlfriend works at KLM Cityhopper. Flying is a huge part of…