I recently dove back into the KLM photo archives and resurfaced with four more remarkable pictures, each of which tells a story or raises a question or simply pleases the eye. Take a look. 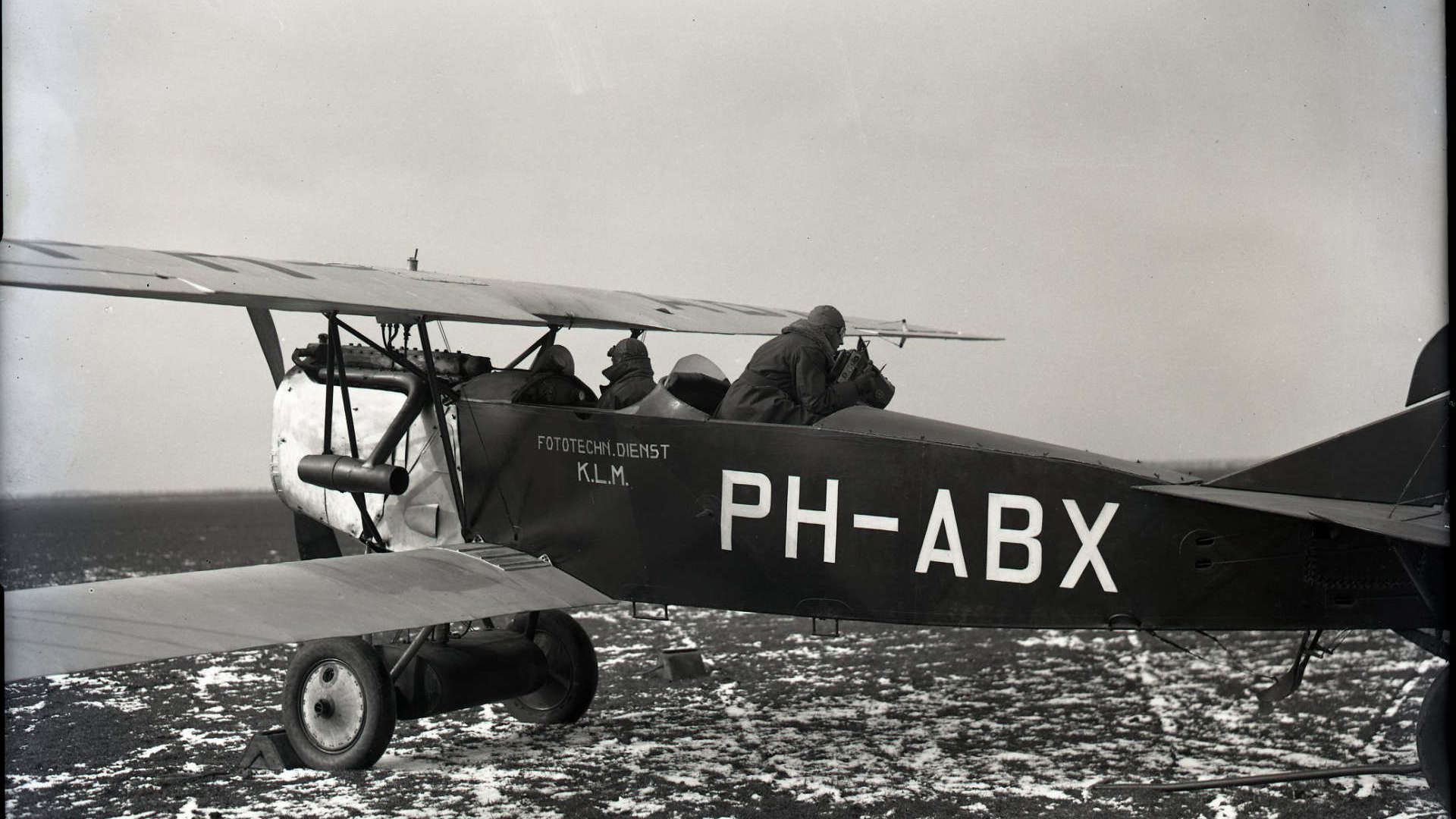 The first hidden treasure I found was this great photo of a 1924 Fokker C-II, with the registration PH-ABX. The technical features are clearly visible and it’s a lovely plane, a double-decker seating a pilot and a single passenger. It was originally intended as a kind of taxi, to swiftly carry passengers from smaller airfields to larger airports. The rear seat was mostly covered with a canopy, but in this case it was removed to allow aerial photographs to be taken.

At first glance, it looks like the Fokker is airborne, mainly because of the photographer’s pose. But if you look closely, you’ll see that the plane is firmly on the ground. There are chocks in front of the wheels and the snow-bound landscape is a lot closer than you may have thought. The picture also fooled me at first, but I should have spotted that the propeller is motionless. The main question is: why was this photo taken in this way? What purpose did it serve? The answer is probably that the plane was supposed to be cut out of this photo and pasted in a different photo. That wasn’t uncommon in those days. A 1920s version of Photoshop. 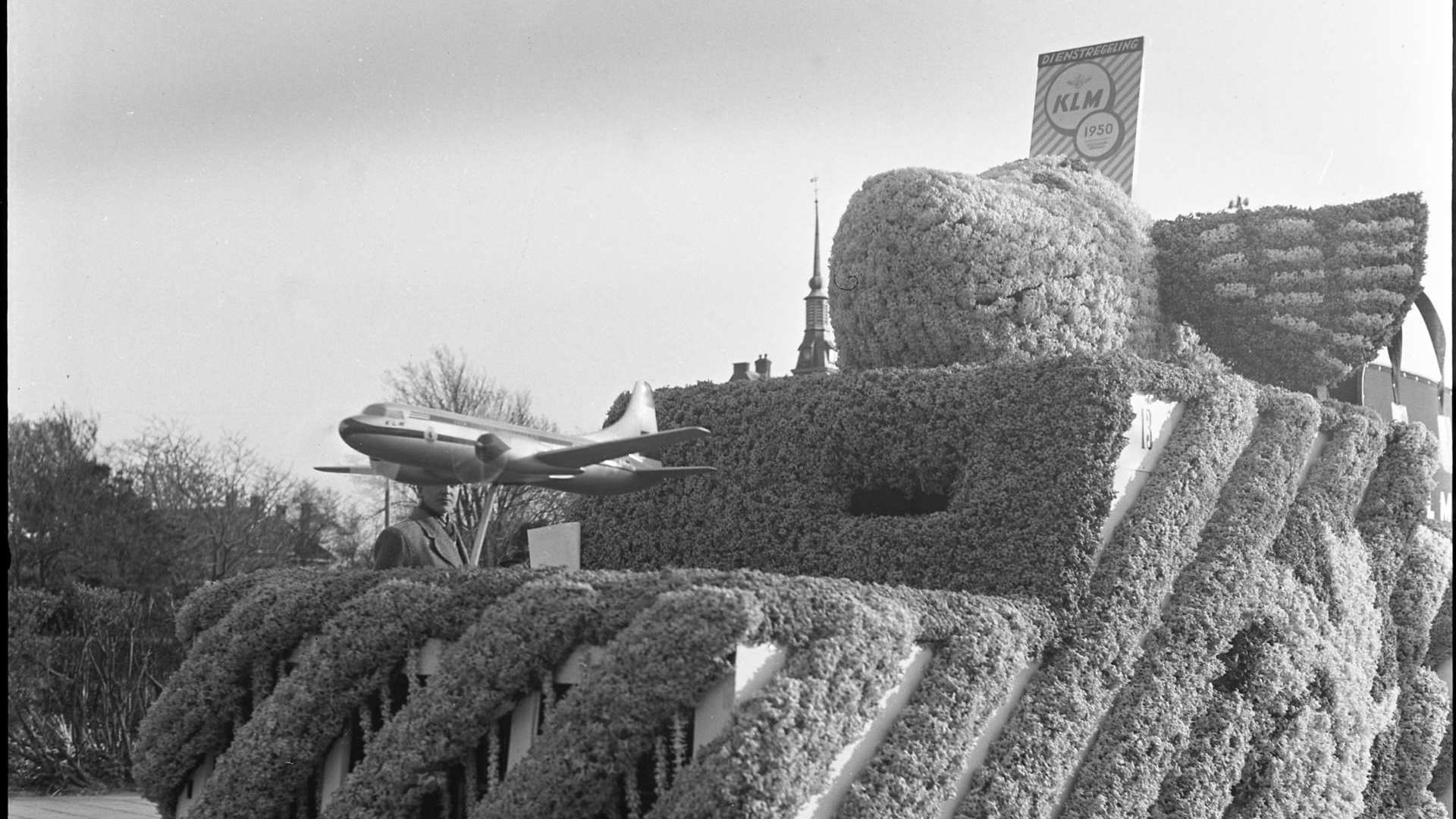 I grew up in a village in Holland’s Tulip Belt, in the western part of the Netherlands. The famous Keukenhof gardens were a half hour’s cycle away. My high school was in a nearby village, which meant I cycled through the flower fields in spring. People came all the way from Japan and Germany to see the flowers, but they were just around the corner for me. I can still smell the sweet, strong scent of hyacinths, which were my favourites.

The tulips fields were mostly gone too soon, because the flowers cut early so that the bulb would grow better. These flowers weren’t there for show; bulbs are an export product. Since 1947, the Tulip Belt has organised an annual flower parade called the Bloemencorso. A colourful convoy of floats, decorated with immense dedication and precision, passes from village to village. Accompanied by brass bands, with names like Da Capo and Adest Musica, the vehicles carrying drum majorettes and dignitaries complete their extended tour at a stately pace.

Businesses also took part in the parade. This photo from 1950 features a KLM float of modest design and proportions (budgets were also tight in those days). That’s a model of a Convair on the front, which was then one of the latest additions to the KLM fleet. The winged clog on top of the float has been completely decked with hyacinths, as is the rest of the float, featuring the KLM service schedule for 1950. Hyacinths are also available in blue, which is handy for KLM, of course. There’s also a KLM bag on the back of the float, but it’s partly concealed in this picture. I think this photo was taken just before the show got on the road. The float is passing down a side-street in my hometown. The small opening in the floral decking at the front is for the driver, who needed to keep an eye on the road. I can almost hear Adest Musica playing in the distance… 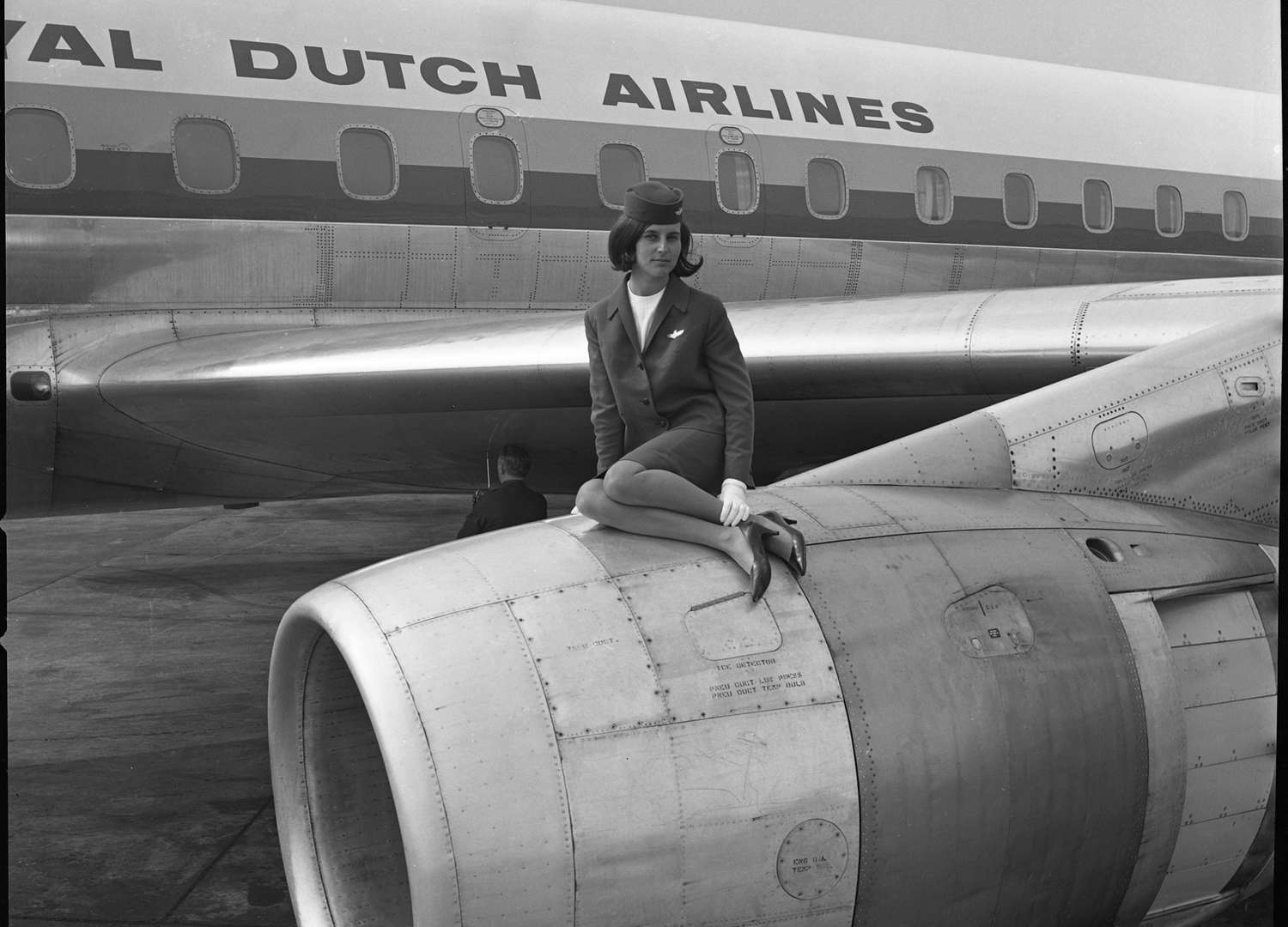 To be quite honest, I think this is one of the most curious photos in the KLM archives. This stewardess is showing the uniform introduced in 1966. She is sitting on one of the engines of a DC-8, with her knees slightly raised. This would be unthinkable nowadays. She reminds me of the statue of the Little Mermaid in the harbour of Copenhagen, which I recently discovered is a lot smaller than I’d ever imagined. Tiny even.

The photographer who took this picture probably thought: Let’s get creative. Let’s stop posing on the platform. Let’s do something different. “Up you go, young lady. Careful on that ladder. Don’t slip and don’t dent anything with those heels. Are you comfortable? Don’t look so serious. This isn’t your mother’s funeral.” If I’d been her, I would have refused to watch (or climb) the birdy. 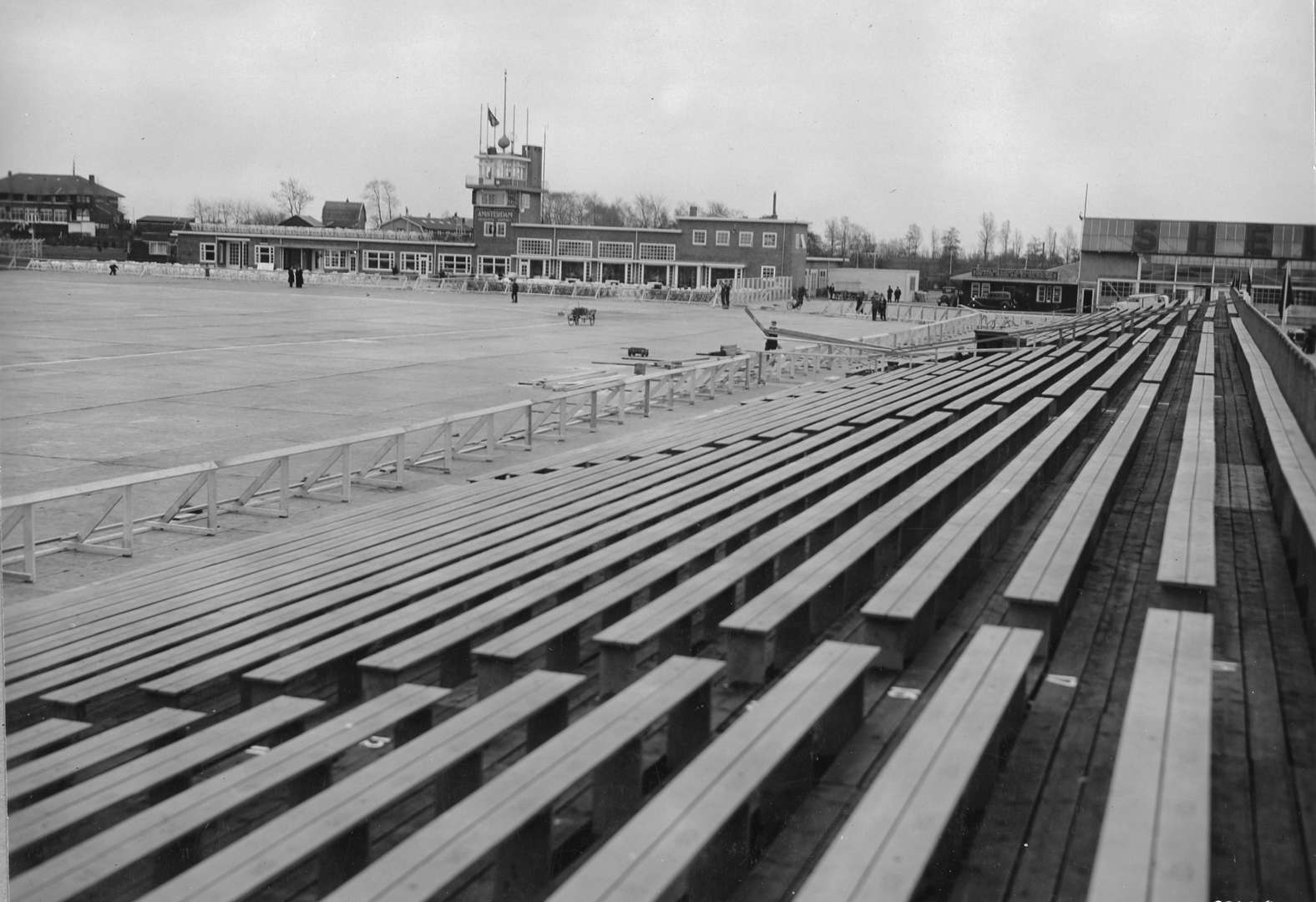 Grandstands on the platform

I found this photo while I was looking for pictures to illustrate my previous blog about the Uiver. The grandstands were erected on the platform to accommodate the crowds who would give the pilots a heroes’ welcome in late November 1934. Construction has just been completed. The workers are tidying up the remaining bits and pieces.

What I really like about this picture is that it gives you a good idea of what Schiphol looked like back in those days. You can also see the original buildings that stood behind the terminal building. There’s a little house on the dyke, and you can just see the row of buildings along the access road to the terminal. And then there’s café- restaurant “Schiphol” at far left. This was built in the 1920s and also accommodated pilots who had to spend a night at the airport. An early crew hotel. The whole building was constructed of wood, which meant foundations were less of an issue, because the building weigh less. If it had been built of bricks and mortar, the terminal would have needed piles to prevent it from slowly sinking into the dyke.

The dyke in the picture marks the boundary of the Haarlemmermeer Polder, where Schiphol is still located today, albeit more in the middle. When the airport was bombed in May 1940, the buildings were razed to the ground and the runways were full of bomb craters. After the war, Schiphol was rebuilt at the same location, but even those buildings have now disappeared, with the exception of the old air traffic control tower. Nowadays this area is called Schiphol-East. You’ll find several KLM office blocks here, as well as the hangars where our fleet is maintained. If you’re lucky, you may even see a DC-3 landing nearby.

Want to see more of these remarkable photos? Take a look at Part 1 and Part 2.