It seems so easy, ‘Let’s get our fans on Facebook to design a Delft Blue tile for their profile picture and stick some of the entries onto one of our aircraft.’ That was the idea. The purpose was to increase brand recognition and to inspire people worldwide.

A simple idea with huge consequences: 120,000 tiles were designed in more than 154 countries, with about 77,000 competing for a place on the aircraft. We have more than 50,000 new fans on Facebook and social media across the board mentioned our competition. The film that explains how to make the tiles was viewed more than 440,000 times on YouTube, and the site was visited 604,619 times.

But that was really only the beginning, because along the route of turning this creative idea into reality were a number of language barriers, certification processes, quality checks and calculations, not to mention the required time input.

To be able to judge the different languages, moderation teams were set up which collaborated with colleagues from different countries who not only contributed their linguistic abilities, but also coordinated the social media locally.

Collaboration was also needed to handle the many technical challenges involved in getting the tiles on the aircraft. One of the first was the stickers themselves. The choice fell on a special and extremely thin plastic (for the aficionados, 80 micron) that had been tested in practice and was found to be suitable. 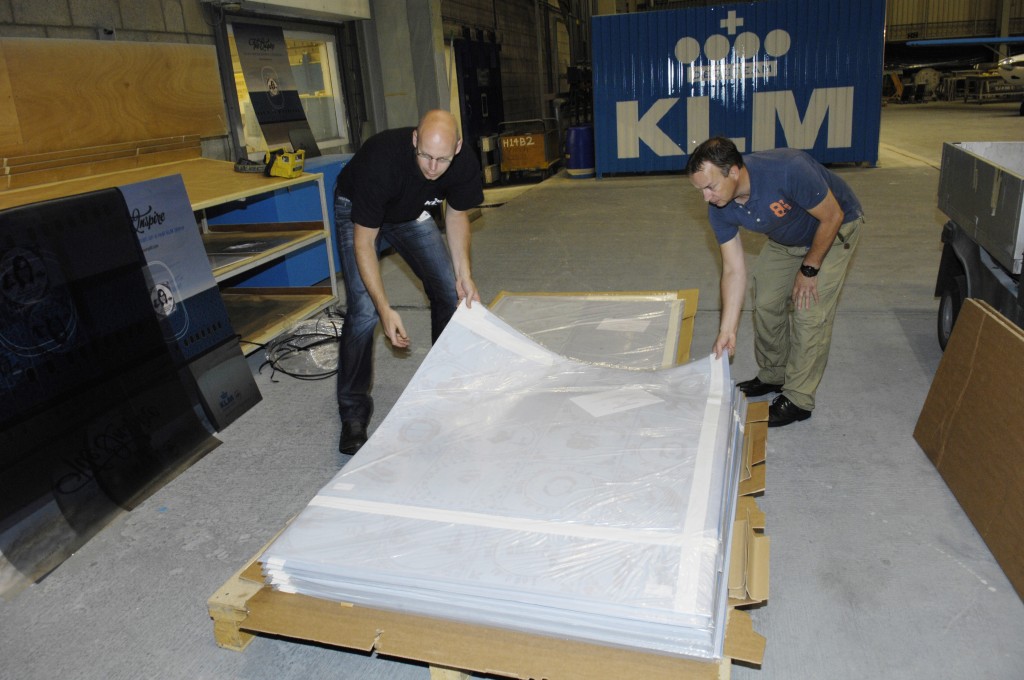 Some of the 300 sticker sheets arriving in the Deco Bay.

All sorts of aspects of certification had to be examined before making this special aircraft, because we couldn’t simply go round sticking things onto it. We were dealing with stringent regulations: ‘What is the impact on fuel consumption?’, ‘What is the impact on the weight?, ‘Are the stickers and the glue resistant to the cold at high altitudes (-70°C) and then against the heat of a tropical airport?’ It also needed to be ascertained that the stickers would not hinder the regular inspections and so on. And of course the identification, instruction and warning markings needed to be well visible among all the stickers. Only after determining that all the certification regulations could be met, could approval be given to carry out the project.

And finally, there were the complicated calculations that Engineering & Maintenance made for the technical drawings so that the men and women at the Deco Bay would know exactly which sticker was to be placed where. Only then could the work begin: a job on which different teams of colleagues worked for 48 hours (the sticking bit alone took about 30 people, almost 21 hours!).

A few pictures of the process: 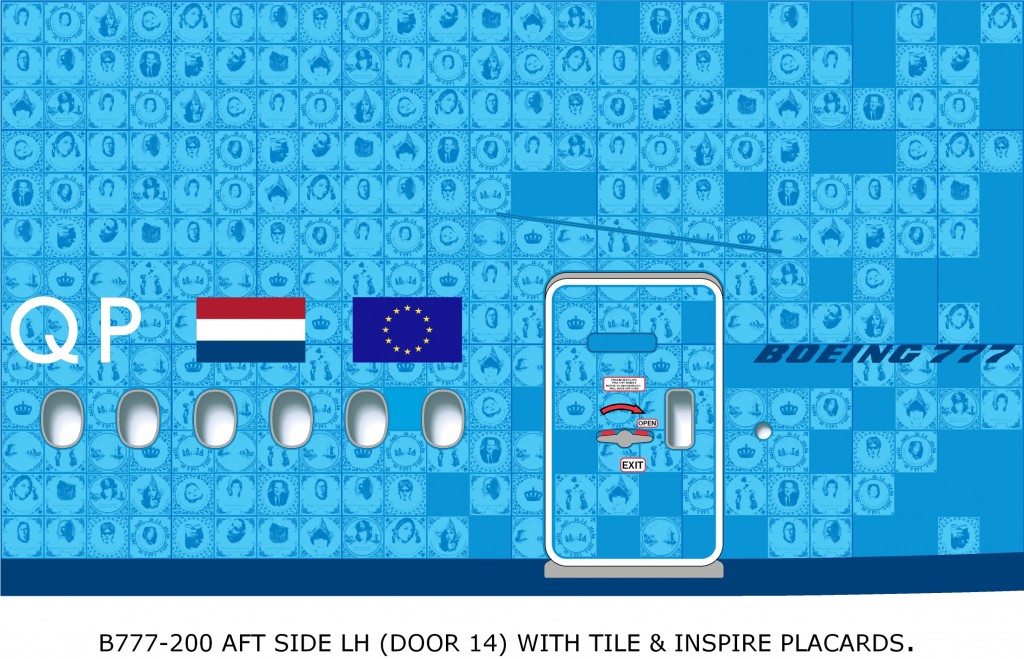 The whole process and all the details are worked out in technical drawings and sketches in great detail to avoid any mistakes. 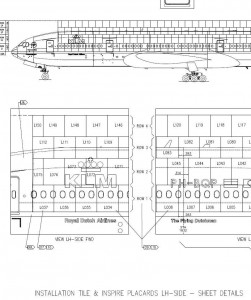 A detail of one of the technical drawings. 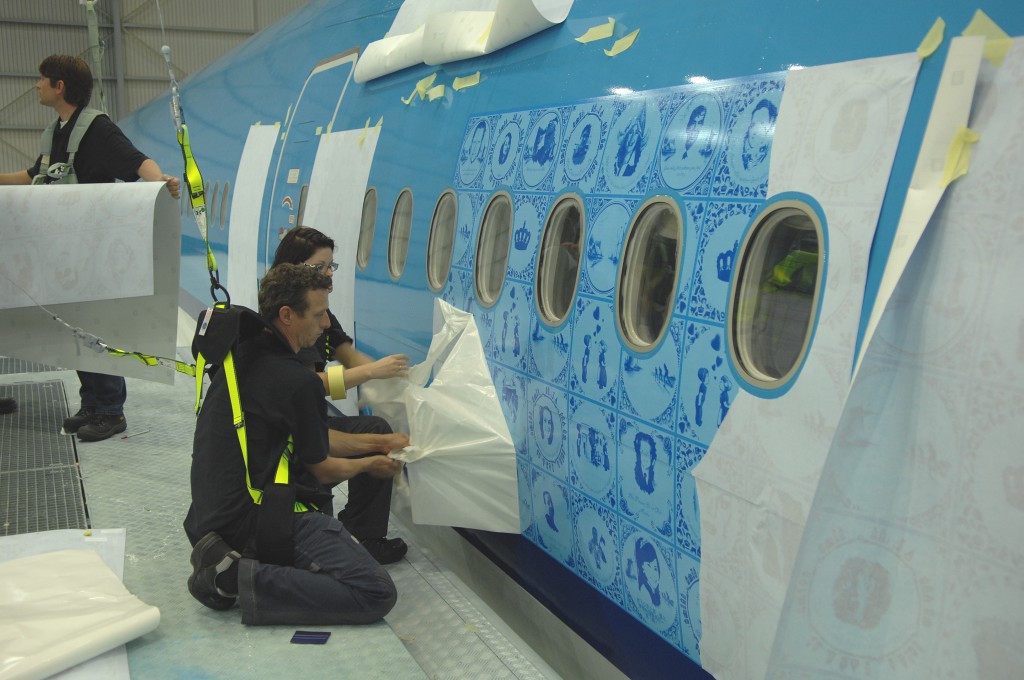 The stickers are applied very carefully! 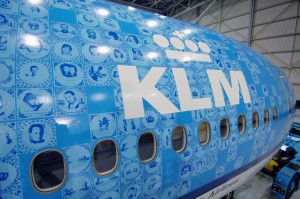 We think the end result is great. And what do you think? Let us know!